Why Am I So Tired?
The Science of PEMF
January 21, 2014 By: admin In: Uncategorized No Comment 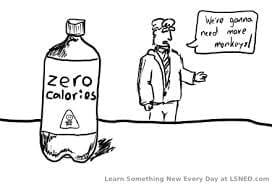 The existence of aspartame disease continues to be denied by the FDA and powerful corporate entities. Its magnitude, however, warrants removal of this chemical as an “imminent public health threat.” The use of aspartame products by over two-thirds of the population, and inadequate evaluation by corporate-partial investigators underscore this opinion.

As said by Senator Howard Metzenbaum (1):

“We had better be sure that the questions that have been raised about the safety of this product are answered. I must say at the outset, this product was approved by the FDA in circumstances that can only be described as troubling.”

I have devoted more than two decades to analyzing aspartame disease, a widespread but largely ignored disorder. Its existence continues to be reflexively denied by the Food and Drug Administration (FDA), the American Medical Association (AMA), and many public health/ regulatory organizations.

The medical profession and consumers have been assured by the Council on Scientific Affairs of the AMA (2) and the Centers for Disease Control (CDC) that aspartame is “completely safe.” Moreover, the impression is left that reports of serious reactions are a “health rumor” fabrication … notwithstanding the CDC report in 1984 of 649 aspartame reactors with many attributed disorders (3).

An Overview of Aspartame Disease

As far back as 1988, seven years after the initial release of aspartame, 80 percent (!) of complaints volunteered by consumers to the FDA about supplements involved aspartame products. By April 1995, it had received 7,232 complaints.

I coined the term “aspartame disease” to encompass reactions to the chemical sweetener aspartame, commonly known as NutraSweet® and Equal®. Aspartame was originally conceived, and an application submitted, as a drug to treat peptic ulcer. To place its magnitude in perspective, over two-thirds of the population now uses thousands of “diet” sodas and products–including an ever-expanding list of new ones having greater potential for adverse effects (e.g., strips placed on the tongue to freshen the breath).

This report summarizes data on the first 1,200 aspartame reactors in my database, coupled with information of considerable clinical significance. I have elaborated on the details in Aspartame Disease: An Ignored Epidemic (4), other books (5-8), and numerous published articles and letters (9-12).

It is my belief that most physicians with active practices frequently encounter its manifestations. But, unaware of the underlying problem, they fail to inquire about aspartame use.

For orientation about the gravity of this public health dilemma, I shall mention just a few of the published associations in aspartame reactors. They include the initiation or aggravation of diabetes mellitus, hypoglycemia, convulsions, headache, depression, other psychiatric states, hyperthyroidism, hypertension and arthritis; the simulation of multiple sclerosis, Alzheimer’s disease and lupus erythematosus; increasing aspartame addiction (12); an apparent causative role in brain tumors (10); a neurologic condition in overweight young women known as pseudotumor cerebri; and even the carpal tunnel syndrome (11).

In my opinion, lack of awareness of aspartame disease has resulted in gross miscarriage of justice. Examples include attributing the symptoms of weight-conscious women consuming considerable amounts of aspartame to silicone breast implants in expensive litigation (7), and imprisonment for the alleged methanol poisoning of a deceased spouse who consumed large amounts of aspartame.

Having been involved in medical practice, teaching and the authorship of texts for a half century, I do not casually make statements that might jeopardize a longstanding reputation. As a case in point, my first book, Difficult Diagnosis: A Guide to the Interpretation of Obscure Illness (13), was studied and used as a reference by tens of thousands of internists and other physicians.

The following issues are also relevant:

The FDA approved aspartame as a low-nutritive sweetener for use in solid form during 1981, and in soft drinks during 1983. It is a synthetic chemical consisting of two amino acids, phenylalanine (50 percent) and aspartic acid (40 percent), and a methyl ester (10 percent) that promptly becomes free methyl alcohol (methanol; wood alcohol). The latter is universally considered a severe poison.

Aspartame reactions may be caused by the compound itself, its three components, stereoisomers of the amino acids, toxic breakdown products (including formaldehyde), or combinations thereof. They often occur in conjunction with severe caloric restriction and excessive exercise to lose weight.

Various metabolic and physiologic disturbances explain the clinical complications. Only a few are listed:

The current “acceptable daily intake” (ADI) of 50 mg aspartame/kg body weight makes no sense. It represents the projection of animal studies based on lifetime intake! This was clearly stated by previous FDA Commissioner Dr. Frank Young during a U.S. Senate hearing on November 3, 1987. Furthermore, it disregards the usual 100-fold safety factor used by the FDA as a guideline for regulated food additives. The maximum daily intake tolerated by most reactors in my series, based on the predictable recurrence of induced symptoms and signs, ranged from 10 to 18.3 mg/kg.

The clinical features attributed to aspartame products among the first 1,200 reactors in my database appear in Table 1 (reproduced from Reference 4 with permission by the Sunshine Sentinel Press).
Gender and Age Range

There was a 3:1 preponderance of females (72 percent). The various influences that may be operative in this gender preference have been detailed previously (4-6). The ages of persons at the onset of their reactions ranged from infancy to 92 years. Most were in their 20s to 50s.

Two or more close relatives of 211 reactors (17.6 percent) were known to have had reactions to aspartame products.

Latent periods of from several weeks to months between the initial consumption, and increased intake of aspartame and the onset of severe symptoms were common. On the other hand, some patients reacted almost immediately, particularly with products conducive to oral/buccal absorption.

Many reactors consumed prodigious amounts of aspartame, especially during hot weather. Conversely, some experienced convulsions, headache, or other severe symptoms after exposure to small amounts (e.g., chewing aspartame gum; placing an aspartame strip on the tongue; babies while breast-feeding as the mother drank an aspartame beverage).

Interval Between Cessation and Improvement

The causative role of aspartame products has been repeatedly shown by (a) the prompt improvement of symptoms (grand mal seizures, headache, itching, rashes, severe gastrointestinal reactions) after stopping aspartame products, and (b) their recurrence within minutes or hours after resuming them. The latter included self-testing on numerous occasions, inadvertent ingestion, and formal rechallenge.

Some aspartame reactors with convulsions purposefully rechallenged themselves on one or several occasions “to be absolutely certain.” This was unique among six pilots who had lost their licenses for unexplained seizures while consuming aspartame products. (All had been in otherwise excellent health.) They sought to have their licenses reinstated by such objective confirmation on rechallenge.

These groups include pregnant and lactating women, young children, older persons, those at risk for phenylketonuria (PKU), the relatives of aspartame reactors (see above), and patients with liver disease, iron-deficiency anemia, kidney impairment, migraine, diabetes, hypoglycemia, and hypothyroidism.

Physicians must question patients who present with the aforementioned conditions about aspartame use, particularly when they fail to respond to conventional therapy. If it is being consumed, a brief trial of abstinence should be recommended before initiating expensive tests, consultations and hospitalization.

©2004 H. J. Roberts, M.D. Published with permission from the author