Decompression Therapy Restores Discs
Which Eggs Should I Buy?
March 20, 2014 By: admin In: Uncategorized 13 Comments

I have been following the expansion of GMO technology for almost fifteen years.  At first it seemed very far out but over time the evidence has mounted to the point that the majority of people that I know are at least 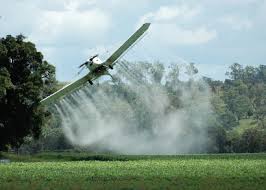 concerned about GMO’s.  I personally am terrified.

Glyphosate is used on GMO crops to kill weeds thus increasing the crop yield.  GMO crops have been genetically modified to be unaffected by the weedkiller.  If you consume those crops, you get some glyphsate in your body.

How does it affect us? Glyphosate immobilizes certain nutrients and alters the nutritional composition of the treated crop causing nutritional deficiencies.  It causes gut dysbiosis (imbalances in gut bacteria)  It enhances inflammation, leaky gut, which leads to food allergies such as gluten intolerance.  It inhibits the production of amino acids that are vital to our metabolism.  And to me, worst of all, glyphosate effects our bodies by inhibiting detoxification processes thus causing the buildup of other toxins that we com in contact with.

Glyphosate has been associated with:

It may take months or years to breakdown in the soil.  I cannot find any information on how long it takes to break down in animals. Avoidance has to be the first priority.  Since glyphosate diminishes our ability to detox, we must do our best to enhance the detox pathways.  This will need to be done on an ongoing basis.

THERE IS NOW A BLOOD TEST FOR GYPHOSATE!