Is Your Pain Reliever Slowing Your Healing

Essential Oils for Romance
What Is The Quality Of Your Supplements?
March 18, 2015 By: admin In: Uncategorized No Comment 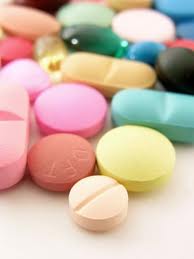 effects of NSAIDS is the inhibition of the healing process of soft tissues.
NSAIDs inhibit the production of proteoglycan synthesis which is the building blocks of ligament and cartilage tissue regeneration and repair. Long-term use of NSAIDs also enhances soft tissue degeneration and accelerates the process of arthritis.
“Despite the lack of scientific data, NSAIDs are widely used, often as the mainstay of treatment.” 1 The long term detrimental effects of NSAIDs far outweigh the temporary positive effect of decreased pain.

1 Almekinders, L. An in vitro investigation into the effects of repetitive motion and nonsteroidal anti-inflammatory medication on human tendon fibroblasts. American Journal of Sports Medicine. 1995; 23:119-123.