Why Am I So Tired?

Do You Have A Slow Metabolism?
Aspartame Disease: An FDA-Approved Epidemic
January 20, 2014 By: admin In: Uncategorized 2 Comments 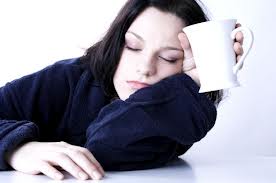 Why am I so tired?  Is this a question you ask yourself?  If you were working longer hours than usual or doing more work than usual, the answer would be obvious.  When you are tired all of the time, no matter how much you rest, something just isn’t right.

Fatigue is universally the most common condition that we see in our office.  It accompanies many other conditions.  It is a precursor to most disease processes.

Fatigue is generally caused by asking your body to do more that it is capable of doing and/or for a longer time than it is capable.  It is like running a race that you haven’t trained for.

The common signs of fatigue are:

The good news is that fatigue can be beaten.  The bad news is that to do it, you’ll have to make some changes.  The most import change is to guard your sleep. Try to get at least 7 1/2 hours of undisturbed sleep per night. Second, no stimulants whatsoever.  Stimulants make the problem worse. Third, eat frequently, especially proteins.  Eating frequently takes a lot of stress from you tapped out adrenal glands.

If you think you have adrenal fatigue, call us for a no-charge 15 minute consult to discuss your case.

2 Responses to Why Am I So Tired?